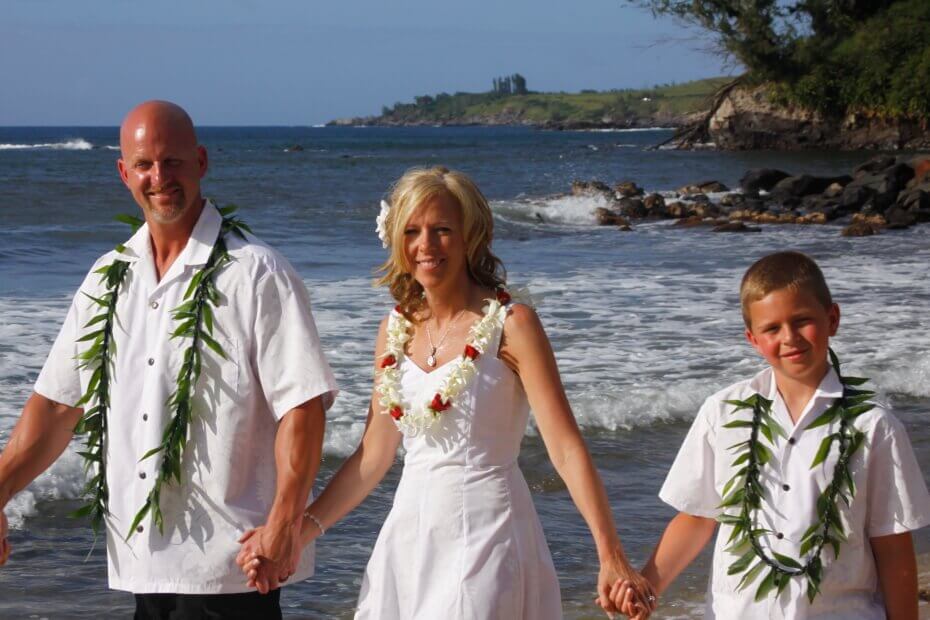 What could be more memorable than expressing your love with
a surprise, beautiful and romantic Maui vow renewal by the glittering sea?
Maui is famous for beach and island weddings and vow renewal ceremonies and surely
there is a reason for this: the wonderful tropical locations all along the coastline.
A vow renewal ceremony brings you back to the first time when you said “I Do” and now this time it is different.
It is a continuation of the Love you share to be expressed once again on a beautiful beach on the shores of Maui Hawaii.
We have cited some of the best Maui beach locations for vow
renewals based largely on survey and feedback from couples who’ve been there before.

Generally, the West and South shores play host to some of the most fancied vow renewal locations in Hawaii.
You have an array of Maui beach locations to choose from in the south side, with most of them being
less crowded during weekdays.
The same applies with all beaches on the West side of Maui. The thing we’re trying to suggest here is finding a less crowded

location, and at least somewhere that provides a matching ambience for the ‘wedding’ theme.

For those who love having it public, Makena Cove, also known as Secret Beach is among the most crowded locations
for Maui vow renewals. Blocked off from the street with a rock wall and tucked away between residential homes, the Cove has a

few palm trees on the sides and some sections covered with lava rock, from where you can enjoy the serene view of the blue

ocean waters in the morning.

Some other beautiful Maui beach locations to renew your vows on in the south include Palauea Beach and Keawakapu Beach
n Wailea, Poolenelena Beach in Makena, and also  Kalama beach parks in Kihei.

Those on the West include Ironwoods Beach, DT Fleming Beach & Kapalua Bay in Kapalua, Napili Bay in Napili and Baby Beach in
Lahaina.

Permits are required for Maui vow renewals on any of these
West and South beaches, something that your planner should take care of.

With good preparation and perfect location selection, there is no way you will regret ever doing your vow renewal at Maui. 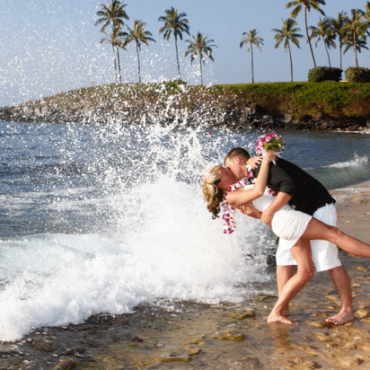 How to Save on Your Destination Wedding in Maui, Hawaii 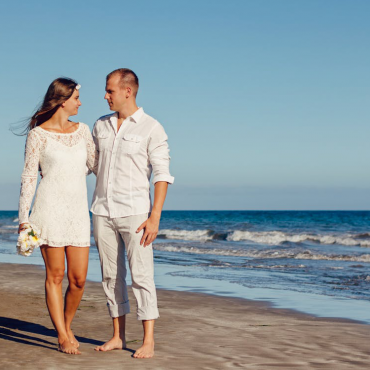 5 Things Every Couple Should Do Before the Wedding